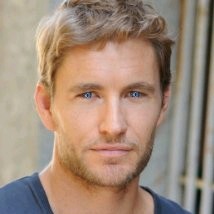 Daire (Dah' ra) was born in Spring of 1983 according to his foster records, but apparently his exact birthday is lost in the shuffle of tragedy and beaurocracy. A scanty social services file from Albany, New York reports the infant was orphaned when both parents were lost during a traffic accident in June of 1983. His first name (then spelled 'Darragh') was used in the file at that time, but with no surname. The names of the parents never made the file and the police record was reported lost from archives when it was requested in 1996. It is noteworthy that no motor vehicle accidents telling of a couple killed or a child orphaned made the news during the time period in question.

The records of his early school years were better, but not by much. Unable to locate relatives, an immediate foster placement led to a prompt adoption at about six months of age. Marsha and Thomas Carrol of Murphy Village, South Carolina, U.S., took the baby in and raised him until he was 13 years of age. Local school records show unremarkable grading and extra-curricular involvement, while interview attempts within the community lead only to vague recollections of a quiet boy. It should be noted that this was an Irish Traveler community, an insular group with a culture some claim predates the Celts in Ireland, creating a generally uncooperative environment for investigators.

The latter school years are lost to time, with no evidence that the boy continued past eight grade. Stray comments from the South Carolina town seem to portray a generally approving recollection. In particular, one woman remembers that, "...'e were a 'ansome boy and mo gra fir a bit when I was maybe fifteen. Tricky, 'e was, an' smart. A good earner and strong enough." Of course, such statements are suspect not only for being more opinion than hard fact, but also because we cannot even verify witnesses were recalling the correct person.

'
In a macabre and tragic plot twist, the Carrols also died in a fiery automotive accident in 1999 during an annual trip to the U.S. Northeast. The boy was not with them, but he disappeared even more thoroughly than his adopted parents and at about the same time. The home community is particularly close-mouthed about this, only two people referencing "an uncle or something" and "a relative" taking the youth away. The years from 17 to 30 thus remain unaccounted for, with no academic, vocational, medical or civil records to be found, as though he had vanished from the Earth.

(A psychiatric admission was considered here, due to the potential trauma inherent in losing two sets of parents to automatic accidents. Such would not typically last a decade or more, however, and so a post-discharge trail would be expected. None was uncovered, but the theory remains as a possibility since such admission records are often closed to the public.)

In 2009 the trail can be picked up in Haven, Massachusetts, where he is comfortably ensconced as an unobtrusive shopkeeper dealing in rare and esoteric items. His last name has once again changed, this time to Regan. He is subsequently lost in the chaos surrounding a major fire that destroyed much of the town, then reappears again soon after rebuilding starts.

There is a period during which he is holding odd jobs and living an unremarkable life except for having a vague reputation as a hedge authority on occult lore. By 2018 he is very visible in the community, rebuilding his shop and living a low-profile existence with no obvious political activism or social aspirations.

At some point in 2019, the man is again lost to the record, fading away without fanfare. He does not surface again until the Spring of 2021, at which time he is back in Haven following his usual habits toward whatever ends he is seeking.

A Glimpse Behind The Scenes

Daire spent some of his missing time in The Other, amongst free human Irish Travelers there, mingling with The Faelings and The Lost. He is used to Fae and the occult, considering them workaday parts of his life. While he is is not an activated supernatural himself, his family ties include supers and bloodlines that reach back before the Romans arrived in Brittan. Travelers are used to being outnumbered, out-powered and scorned, so they are not easily intimidated. They also have learned ways to even out that balance when it becomes necessary.

Comments
A place for other players to leave comments about your character.

"You are like a refreshing drink on a hot summer day, and those deep blue eyes are enough to make my erratic little heart flutter. You are a rare thing. I think I will let you keep me. Curious eyes are excited to see where the unmarked trails take us, Wanderer." - Your little Dryad.