Special thanks to Quartz for just about everything you see on this page.

A small, cramped room, viewed through the lens of a security camera. Two soldiers stand before a metal table, lined with documents. Opposite them sits a man, skin pale and sickly, trembling from some illness or unsated addiction. "You are going to talk, American," says one of the soldiers, in dutifully refined English. "What were you doing beneath the Old Cemetery?"

Their captive mumbles a response, "It doesn't matter. Was just some worm of the Black Circle. If there exists such a spark, he wouldn't kn--" The answer is interrupted, a soldier grabbing a handful of raven hair and introducing the prisoner's face to the metal surface between them. Nose broken, a spatter of blood is left on the table.

"Enough," the Mossad agent snarls, and his captive, head swimming, meets the man's gaze. A draft enters the room, as if from nowhere, and the papers on the table tremble. In that gentle breath of wind, the spatter of blood forms a rune. "You were speaking with a corpse, that is all. The documents you were carrying, however, are quite interesting. You are working for someone. Which agency sent you?"

Smiling a blood-stained grin, the raven-haired man lifts cuffed hands. He wiggles his fingers, and makes a request: "I'm happy to cooperate, but could you please remove the cuffs?"

Against all odds, the Mossad agent, expression slack, fingers through his keyring and leans across the table. The shadows of the room begin to dance.

The camera feed cuts to black.

ASHMAN GRIEF COUNSELING, the sign above the door reads. A woman of silver hair and silver eyes sets a key in the lock. She is closing up for the night, and her name, properly, is Seledrith, pre-eminent arcanist of the Sentinels. The counselling here is as much for the victims as it is for the dearly departed. A final chance for those remnant echoes to say goodbye, even if they are never quite heard. It is a second chance for her, as well. A chance to atone for the things she had done so many centuries ago, before she found her own kind of peace. When she had been just as terrible as the young man waiting in the shadows.

A man who, until only a moment ago, had very literally been a small bug of some sort.

"I have told you before. The Children of Ankou will have no part in your foolishness. You know this," the witch declares without turning to face her visitor. He remains silent, and so she goes on. "And I know you aren't here to take up my offer of guidance." The thud of the door's lock finding its place punctuates the following words: "You are beyond redemption."

She can see his pale face reflected in the window of the door. The twist of rage on his features, the glint of metal in his hands. Seledrith, unarmed, prepares to die. Distant daughter of some God of Death, she has made peace with such an outcome. For her, preparation for the end is an obligation. Then, the air warps.

"No man would doubt your courage," Brighid, descendent of a Valkyrie, assures the sorcerer across the fire. He does not hear her. His mind is elsewhere. Amber eyes, streaked with the blood of a freshly slain hart, begin to water in the wafting smoke. He sees from the perspective of a child's caretaker. Blinded by his visions, gloved fingers fumble numbly with a revolver. The cylinder is opened, a single bullet finds its way within. He watches on, vicariously, as an infant is laid to rest in a wood cradle lined with runic carvings. "Songs shall be sung of your bloodline till the end of days," the angelborn says, cautious.

The vision ends with the stomp of feet and crack of branches, announcing someone's approach through the undergrowth. The sorcerer lifts his gaze to the new arrival, and waits.

"We've lost a good number in your absence," the reaver reports. He is bald, scarred. The rifle slung over his shoulder has seen better days. "But the last of the troops have arrived. They are eager to hear whatever this announcement may be. To follow you to glory once more." At the last, the sorcerer directs his gaze to the gun in his lap. The angelborn says, "Your guidance will ensure our triumph, Godi."

For a moment it seems as if the three are suspended in time. The snap of firewood, distant caw of a crow. From a larger camp, not so far away, a bellow of laughter.

"...Then tonight we will feast." The revolver finds its holster. He rises to his feet. Gale Renfield's voice is hollow, empty. "And dedicate our coming victories to the All Father." 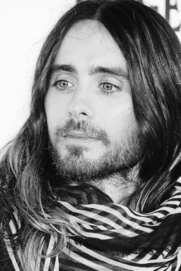