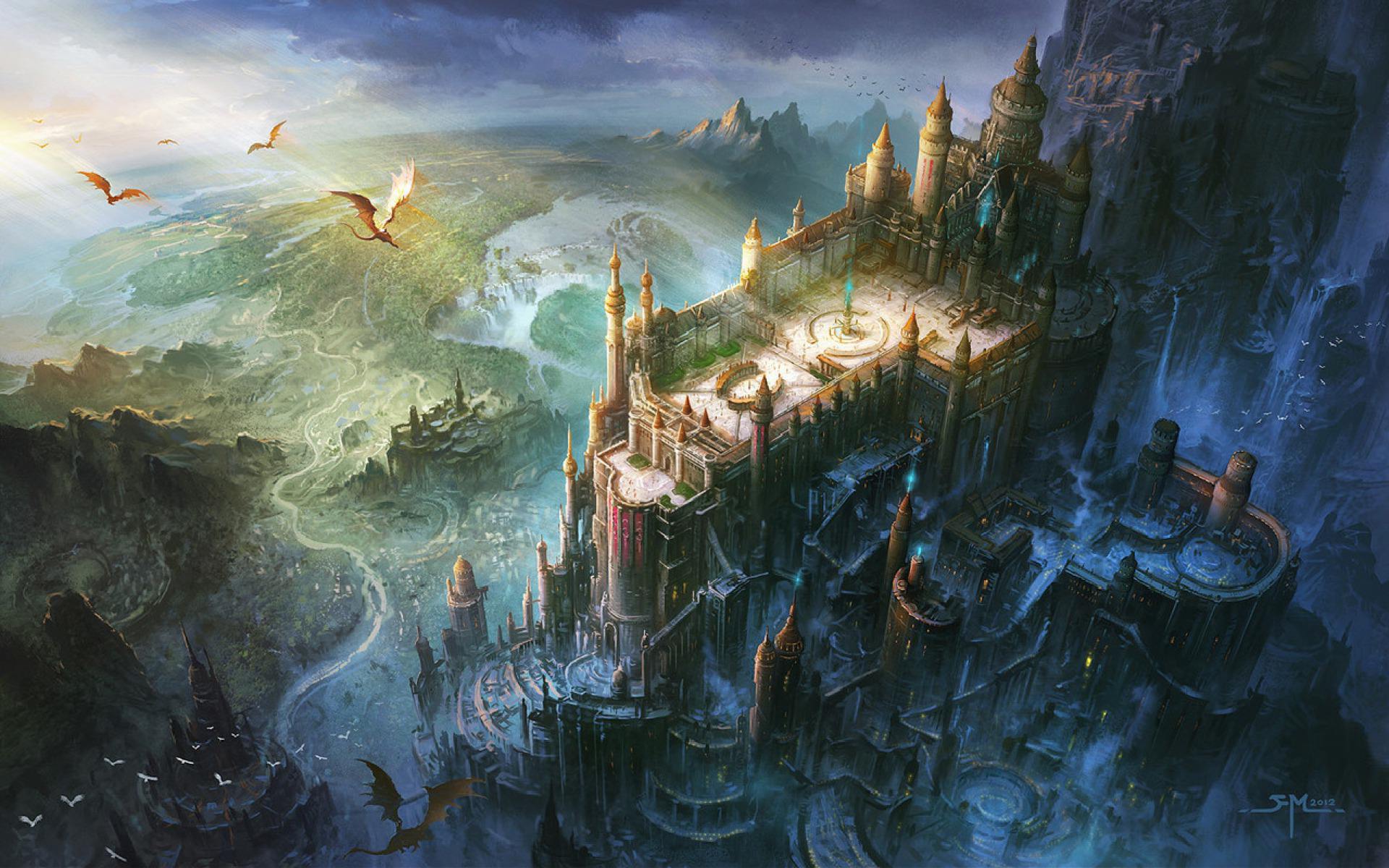 This dream plays out in the twisted remnant of a once great kingdom. It was once ruled by a council of mighty lords who used their powers to raise massive fortifications to keep their ancient enemies at bay. That was a long time ago. Today the lords have fallen to corruption, twisting themselves and their works into grotesque facsimiles of what they once were and the citizens walk the streets as husks devoid of passion, repeating the same routine day after day. Enemies are at the gates, the frozen giants, the dragons of flame and the horrors forgotten in the dark depths are awakening.

OOC: Every part of this world outside of the Beacon of Souls and the Hall of Mirrors is filled with danger ranging from ferocious beasts, the undead and giants and other abominations. Anyone who dies find themselves returned to the Beacon with a nagging feeling they left something behind.

This world is still under construction.

The Beacon of Lost Souls draws to it seekers from foreign lands, urging them to find their destiny in the fallen kingdom of Doroth.

Those who reject their destiny and deity out of hubris or fear are known as the forsaken for they have chosen to walk their own path.

Dedicated to the horrors below they perform gruesome sacrifices in return for power. The ultimate goal of the Servants is to bring about the end of ultimate end of the Kingdom of Doroth, snuffing out the beacon and plunging the land into eternal darkness

As part of their pact with the dark powers dwelling below, the servants can walk unmolsted among the undead and other disturbing and often poisonous creatures that have made their homes below the lands of Doroth.

Dedicated to helping their fellow travelers find their way and unravel the mystery of this land. Legend has it that one of the mighty lords of Doroth saw a vision of what was to come pass and that none of the inhabitants of the kingdom could prevent its coming. The solution was to build a mighty beacon blessed by the godess of the moon in order to draw foreign champions unmarred by the curse of Doroth. The devotees were formed to lift the curse but in order to do so they need to unravel the mysteries of flame and darkness guarded jealously in the halls below and the chambers of the fallen lords.

The creatures and animals roaming the forests around the beacon are enchanted by the moonlight, ferociously attacking all trespassers while paying no heed to those of the lunar path.

Devoting themselves to the lord of flame these champions have sworn to defend the fallen kingdom from all threats, hunting down all those who dare trespass in the sacred halls. The Guardians have been fighting a losing battle for centuries doing everything that they can to maintain the castles and towns of Doroth and fighting off the corrupting influences of foreign invaders wherever they see it. While the rest of the kingdom including their mightly lords have fallen down into a bestial state the guardians still cling to their sanity.

While the humanoid inhabitants of the Castle and the once mighty Bastion of Light attack all who come near with bestial ferocity, they ignore the presence of Guardians of the Sun, allowing them to pass through their ranks as if they were ghosts.