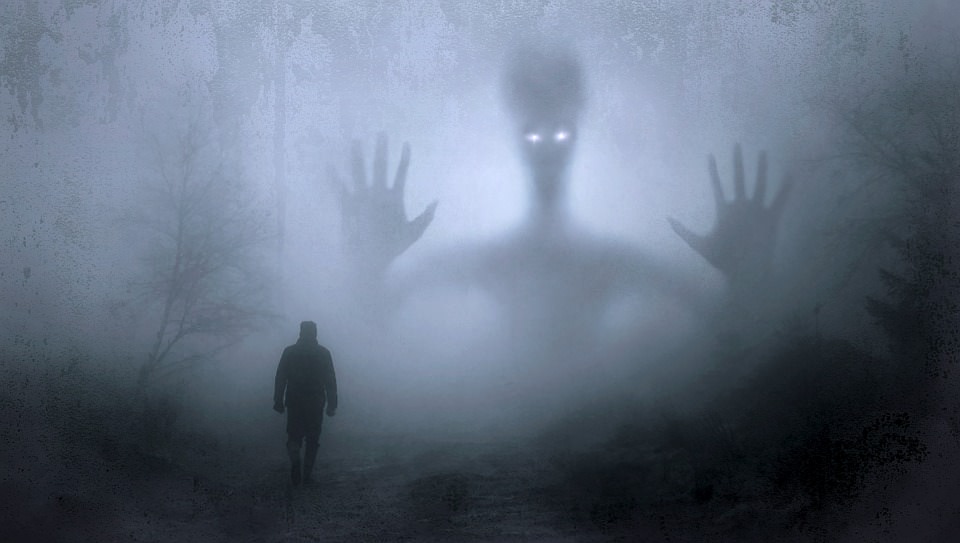 What happens when you dream?

Most people think that dreams are nothing but the dreamer's own wishes and worries manifesting themselves, but that isn't quite true.

Each time someone starts dreaming, they go to a place that isn't either good or bad, pleasant or displeasing. Sometimes called Morphea by scholars, after the mythological god of dreams, it is a place where the infinite beauty of the Potential is marred only by the seeping nightmare infection of the Malice. Dreamers may encounter either there.

However, they are not alone. Besides the possibility of actually bumping into other dreamers, what more often happens is that they meet either Predators or Caretakers, both native species of Morphea. Dreamland natives feed from the dreamer's experiences in the Dreamland, but each species in their own way.

Predators are creatures spawns of the Malice and feed on fear and pain, while Caretakers, born from the mists of the Potential, feed from harmony and pleasure. They keep each other in check, but both will benefit from Dreamers, the Predators by terrorizing visitors and the Caretakers by luring them to stay forever with peace and ecstasy.

But Dreamers are not helpless-they have a chance. A strong personality can resist the glamours, and a strong and resourceful fighter will not be easy prey. Hopefully.

Each time someone falls asleep, they feel a pull to become a Dreamer. Sometimes this draws the person into Morphea, where he may wander through his deepest fears or his wildest hopes, lost in a chaotic sea of fantasy and nightmare. Every now and then, he stays for joy, for love, for despair or...forever.

Dreamers have three fights, really. With each other, when they are lost in their dreams and sinking into conflict or love. With Predators, in the age-old game of hunter and prey. And with Caretakers, who would smother the Dreamer in a quicksand of pleasure. To stay safe takes a skillful and well-rounded dreamer.

A Caretaker is a native Morphean who works to stem the seeping advance of the Misery and to perpetuate the Potential. These creatures thrive on harmony and pleasure, actively seeking to pervade Morphea with beautiful and healthy moments. They will undermine Predator attempts to rot their work and go out of their way to eliminate one of these creatures, sucking its very essence into themselves.

Caretaker most love creating dreams of joy and happiness, attracting Dreamers and then basking in the resulting glow. Although the idyllic glamour may take any form, the end goal always seems to be the same: lure the Dreamers into bliss and keep them happy...forever. This provides the Caretakers with the strength to protect their creations from Predators.

Seen most often as brief flashes of pale floating glows, Caretakers can also appear as people or in various other forms as they become stronger through feeding.

A predator is a native nightmare force that feeds on the fear, pain and general misery of Dreamers. Most often vaguely glimpsed in shadow and darkness, it both feeds on targets of opportunity and also hunts its own prey with both physical and psychic attacks.

Predators can also feed directly from Caretakers, much like vampires, sucking the life from the Caretaker and potentially leaving a burned-out husk to crumble away.

Sometimes dreamers come to Morphea and their dark fantasies lead them to become a Predator. When this happens, the dreamer may appear as an amorphous dark shadow or as a person or creature, his or her ability to shapeshift increasing in direct proportion to the nourishment gathered over time. Other abilities may also appear.

The essence of the Caretaker is its ability to make a dream so real that the Dreamer will want to stay forever, forgetting any other life, living in endless bliss and so feeding the Caretaker's ability to perpetuate the Potential to its fullness.

This ability is will be rolled against a Dreamer's Ego to determine whether the Dreamer is drawn into the Caretaker's fantasy for him. It is rolled against a Predator's Prey stat when the two are contesting over a given Dreamer' attention.

The essence of the Predator is its ability to force Dreamers into horrifying and painful experiences that both feed the creeping rot of the Malice and also suck energy sources away from the Guardians. The practical effect for the Dreamer is immersion in dread or despair, with dreadful dream scenes intensifying the impact.

This ability is will be rolled against a Dreamer's Ego to determine whether the Dreamer is drawn into the Predator's fantasy for him. It is rolled against a Caretaker's Glamour stat when the two are contesting over a given Dreamer' attention.

A measure of the Dreamer's strength of personality or ties to waking reality, this is the main defense he has against the Morpheans when they try to submerge him into psychic slavery here in Morphea. It is a representation of the Dreamer's willpower and psychic strength and personal identity.

This ability is will be rolled against a Predator's prey or a Caretaker's Glamour when either attempt to draw the Dreamer into a dream. A win can be graduated from careful indulgence in the offered scene to complete rejection and freedom from domination for the current interaction according to the wishes of the Dreamer. A loss is to be dominated within zmorphea by the aggressor for a time.

This represents skill at attacking others. As is typical in the amorphous world of dreaming, the attack may be a punch one moment, a fireball the next and then a gunshot. Whatever form it takes, though, success will depend upon the attacker's skill when stacked against the defender's ability to avoid it.

This represents skill at defending from the attacks of others. As is typical in the amorphous world of dreaming, the technique may be a block one moment, a dodge the next and then a suit of powered armor. Whatever form it takes, though, success will depend upon the defender's skill when stacked against the attacker's ability to get through it.

The ability to sense the true nature (role) of another or to sense the presence of someone using stealth. This stats is rolled passively again Stealth or aggressively against Stealth or Shapeshift (i.e., a stealthy person needs to roll for success, while anyone can roll to uncover hideing or shapeshifting people.)

The skills of sneaking and hiding or remaining unnoticed by others in the area. Competes with Perception.

Caretakers and Predators can take an increasing number of forms with steadily increasing skill. Competes with Perception.

The fleeing person is free to take an exit or attempt stealth within the present room. Competes against Attack.