A Song Of Blood And Steel

A Song of Blood and Steel

2 BC - 1 AC Aegon's Conquest: Aegon the Conqueror invades Westeros and in two years' time subdues and unites six of the seven kingdoms of Westeros under his banner and constructs a new capital city at King's Landing. Dorne remains independent, however. With the destruction of the Storm King, Argilac the Arrogant, and the death of the last King of the Reach, control of the castle of Storm's End passes to Aegon's bastard half-brother Orys Baratheon, and of Highgarden to Harlen Tyrell. Edmyn Tully of Riverrun is named Lord Paramount of the Trident and Vickon Greyjoy of Pyke becomes Lord of the Iron Islands. The day of Aegon's coronation by the High Septon in Oldtown becomes the first day of Aegon's reign, beginning 1 AC.

4 - 13 AC First Dornish War: Continuing the Wars of Conquest, Aegon I Targaryen invades Dorne but the Dornishmen successfully resist. Aegon's sister Rhaenys is presumed dead after disappearing at the Hellholt.

41 - 48 AC The First Faith Militant uprising: Upon Aegon I's death, his son Aenys I takes the throne. He angers the Faith when he marries his eldest daughter to his eldest son, leading to an uprising against the Targaryens. Aenys is incapable of dealing with the crisis, and eventually dies of a short illness on Dragonstone in 42 AC. Dowager Queen Visenys, leading the care for Aenys, brings her son Maegor, Aenys' brother, back from his exile, and Maegor is crowned king, despite Aenys having three sons all before Maegor in the line of succession. Maegor's response to the Faith's uprising is ruthless and brutal, resulting in the deaths of thousands in battle, through slaughter and by dragonfire. Besides the Faith's uprising, Maegor also has to deal with Prince Aegon, Aenys I's eldest son, battling him for the throne, and later Prince Jaehaerys, who makes his claim known towards the end of Maegor's reign.

48 AC King Jaehaerys I succeeds King Maegor, who by that time is known as Maegor the Cruel. He declares a truce and agrees to end the slaughter in return for the Faith Militant disbanding and submitting to the Targaryens, earning the name The Conciliator. Jaehaerys' rule brings decades of peace and prosperity to the realm.

101 AC The Great Council of 101 AC: After Prince Baelon's death, King Jaehaerys I needs to name a new heir once again. The King calls for the first Great Council, so the Lords of Westeros can decide between Princess Rhaenys's only son, Laenor Velaryon, and Prince Baelon's eldest son, Prince Viserys. Viserys is elected with a majority of votes.

106 - 115 AC Conquest of the Stepstones: Prince Daemon Targaryen allies with Lord Corlys Velaryon to conquest the Stepstones, a conflict eventually involving the Triarchy and Dorne. Daemon names himself King of the Narrow Sea in 109 AC. He abandons the Stepstones in 115 AC, when marrying Laena Velaryon. Five more Kings of the Narrow Sea would follow him in a short period of time, before Daemon's kingdom fell.

120 AC The Year of the Red Spring: A year in the reign of Viserys I marked by four great tragedies. The deaths of both Laena and Laenor Velaryon, the former in childbirth, the latter murdered in Spicetown, were the first two tragedies. Thirdly, Prince Aemond Targaryen lost his eye in a fight against his young cousin, Prince Lucerys Velaryon. Lastly, a great fire at Harrenhal claims the lives of Lord Lyonel Strong, Hand of the King, and his heir, Ser Harwin.

300 AC The Second Faith Militant Uprising: King Maekar Targaryen has been excommunicated by the Faith and the High Septon. The Tyrells have declared for the Faith in an act of rebellion. The Starks are the first Great House to declare for the King. 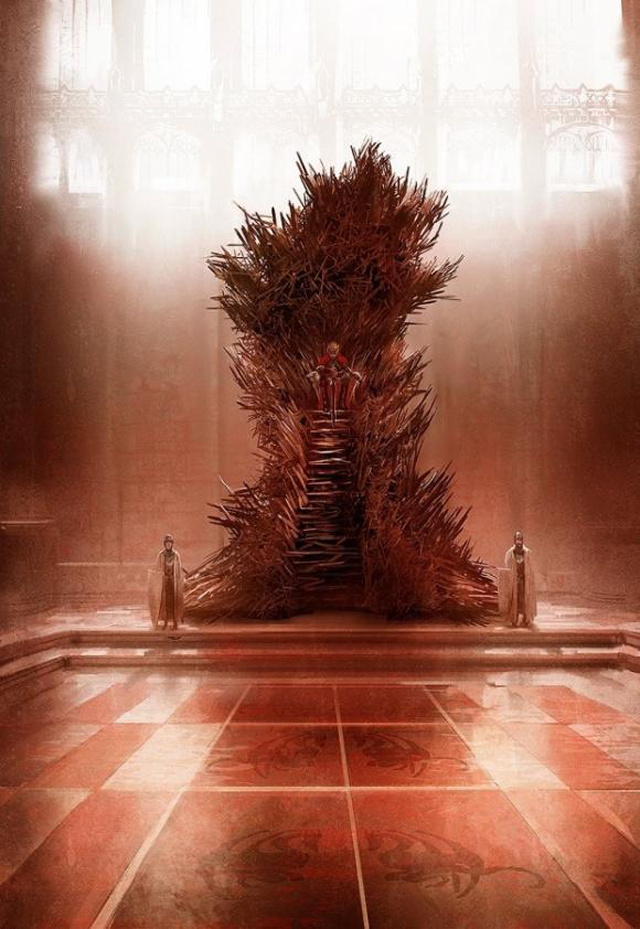 * Hand of the King Open

The Eyrie, the Vale of Arryn Aeron Arryn

Riverrun, the Riverlands Lady Paula Tully, Paramount of the Trident

Wartime is it's own little minigame in a Song of Blood and Steel. When at war, the sides are chosen and the Lords Paramount declare for each side. PC vassals of the Lords Paramount get to declare for a side as well. PCs control the flow of the war. When a PC attacks a place, an NPC of the opposing side attacks a place, generally the NPC with the highest troop numbers. An army can only attack a territory adjacent to where they're stationed. The dreamworld creator will keep track of where troops are stationed and will record it in a territory's description. During wartime, a territory will have the following information on it.

Occupied by: (Whomever is occupying).

Stationed Troops: (Number of the occupying force's troops in the area)

Commanders Present: (Any PC officers who's post is here)

Troop numbers are determined by the amount a character has put into their army stats. The numbers are as follows.

Raise the Banners 1 Soldier per point, 1000 soldiers during wartime.

If a commander wants to attack a place, they send up a petition and the dreamworld creator will try and answer as soon as possible. Only one attack may happen per side a day. The final battle of a war cannot take place without each side's leading commander present. If one of the sides of a war is controlled by an NPC, they will generally have the amount of troops a PC side has, rounded up 100K. So if a PC side has 130K troops, an NPC side will have 200K troops.

Each round of combat a PC rolls their army offensively and defensively. A successful offensive roll kills 100 of an enemy's troops while you lose 50 of your own troops.